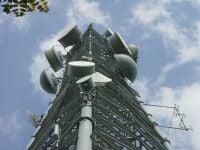 There are registered frequencies that many think are licensed but are actually unlicensed, like the 3.65GHz WiMax band used for point to multipoint wireless backhaul and the 4.9GHz Public Safety band. These registered bands do provide some protection against interference but only require local users to coordinate with one another on frequency channel coordination. This is often confused by Public Safety organizations that think the 4.9GHz band is for exclusive use by local law enforcement. Anyone can register the use of the 4.9GHz band as long as it's used for some form of public safety, such as video backhaul. 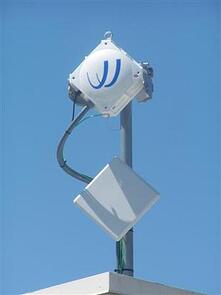 Licensed microwave wireless radio systems are typically built and designed for long term solutions. Point to point licensed microwave links are true fiber replacement systems and offer full duplex wireless communications for both Ethernet and TDM. The licensed wireless bridge hardware is designed to provide carrier grade performance (high bandwidth and low latency). Because a microwave link is licensed and is not to inject and interference on other licensed microwave backhaul operators in the area they must have LOS (line of sight) and not cause heavy multipath. This is a common question of why licensed microwave radios don't use OFDM or MIMO and why they can't be used in NLOS (non line of sight) applications. In a NLOS wireless link application unlicensed wireless backhaul radios that use OFDM or MIMO take advantage of multipath for their connectivity.