WiMax Backhaul – What it is and what it’s not, Part 2

From Part 1, we described how WiMax backhaul is a point to multipoint wireless backhaul technology used to create high bandwidth wireless Ethernet bridges between a Base Station Unit (or an array of BSU's) to a Subscriber Unit (or CPE device). WiMax backhaul in the USA, according to the regulations of the FCC, is 50MHz wide of the 3.65GHz frequency band and is a non-exclusive use of microwave wireless, although a service provider must register the wireless bridge broadcast. In other countries the unlicensed wireless 3.5GHz band is common. Licensed microwave 2.5GHz is used by some carriers.

Service providers have adopted WiMax backhaul as a technology that they could readily deploy cost effectively to provide the last mile fixed wireless connectivity with greater bandwidth. It wasn't until later that WiMax backhaul evolved to the mobile carrier space. WiMax currently is a competing 4G technology to LTE (note: see article "WiMax Outdoor Wireless Bridges versus LTE Wireless Networks" for more detial). There are a lot of articles on whether WiMax and LTE truly compete or will end up being complimentary technologies providing different service benefits. The one issue with WiMax is because of the higher frequency bands it does not do well with penetrating obstructions like passing through walls of a building providing coverage indoors. The use of OFDM and MIMO do allow for (NLOS) non-line-of-sight wireless connectivity outdoors.

WiMax backhaul does not compete with the Wi-Fi standards, nor does it replace it. There will continue to be the need for Wi-Fi indoors and around campus environments to provide network connectivity to the LAN. WiMax backhaul will allow mobile device to get high speed internet from the carrier service provider companies that the devices are associated with (such as AT&T, Verizon, T-Mobile, Sprint, etc.).

The bottom line is WiMax backhaul is truly for service providers and mobile carriers. WiMax is not a solution for an end-user. The technologies used by WiMax have already been used for years now (e.g. OFDM and MIMO). WiMax is not a licensed microwave wireless solution that will completely avoid wireless interference. Nor will WiMax backhaul replace point to point wireless backhaul, licensed microwave links or unlicensed wireless Ethernet bridges. Because of the small channel width available currently, WiMax doesn't bring any higher bandwidth for an end user application. The WiMax 2 initiative takes more advantage of the use of MIMO and will provide more bandwidth, like wireless Ethernet bridges that use 802.11n chipsets today.

Today there are many systems that can produce higher wireless backhaul bandwidth by using standard unlicensed wireless Ethernet bridges compared to using WiMax as a wireless backhaul solution. Many manufactures have cashed in on the WiMax standard and have over sold its capabilities and what it's for to the end user market place. 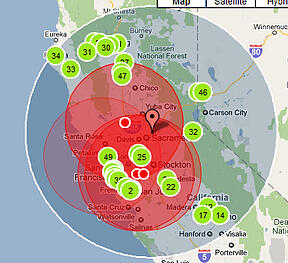 If you need a point to multipoint wireless backhaul solution there has been for years wireless equipment that have the same benefits of WiMax, such as OFDM and use MIMO, that can actually provide much greater bandwidth ( now up to 300Mbps).

Is WiMax good for you? As a mobile user it will provide us great wireless backhaul throughput to our mobile devices. For end users that need another internet provider solution, especially in areas where they can't get DSL, WiMax will allow service providers to provide a high quality wireless Ethernet bridge to areas that were either technically difficult or too costly to provide connectivity to. But for Government, Enterprise, or Private networks it does nothing!