RADWIN’s solutions are ideal for a broad range of markets and applications, and are deployed in over 140 countries. The Point-to-Point and Point-to-Multipoint solutions are used by Tier-1 carriers and service providers for backhaul and broadband access applications. They are used by enterprises and private networks to boost network capacity and eliminate leased line charges. The systems are also used by public safety agencies worldwide for high definition video surveillance.

About RADWIN
RADWIN is a leading provider of sub-6 GHz wireless Point-to-Point and Point-to-Multipoint solutions. RADWIN’s solutions deliver voice, video and data with ultra-capacity for long ranges. Deployed in over 140 countries by carriers, service providers and enterprises, RADWIN’s carrier-grade solutions are ideal for a broad range of backhaul, broadband access, security, and video surveillance applications. 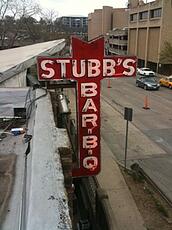 President Joe Wargo says, "We were asked just hours before the show to install a wireless backhaul from SXSW's wireless network, which we installed around Austin for the music feastival, to the famous Stubb's venue. Within hours NPR was to braodcast a live stream of the concert on the internet. Appearently, all the major carriers servicing Austin couldn't deliver even with weeks notice. We were able to install a 150Mbps point to point wireless Ethernet bridge within two hours.

Everyone at the event was blown away with the speed of the install and mostly the speed of the uplink we provided. With minutes to spare the wireless backhaul link was handed off to NPR. We felt like we were a NASCAR pit crew more than a wireless integrator.

It was amazing to be able to watch the live event from home later that night. The video and sound was flawless. We were proud to see the fruits of our labor and to see NPR's event turn out so great. "