Alpha Omega Wireless, Inc. ("AO Wireless") has recently brought into its executive leadership team, George Bobbitt as its new Cheif Operations Officer and Integrator.
George comes to Alpha Omega Wireless with over 30 years of management experience.  Prior to joining Alpha Omega Wireless, George held the position of Chief Operating Officer for CMIT Solutions; spent nine years in the Defense and National Intelligence industry, where he served as the Corporate Vice President of Camber Corporation and President of Camber-Stroz; and twelve years in the telecommunications industry holding several Product Management and Business Development positions with Westell, Inc. and Adtran, Inc.  George also served five years in the US Army as a Cavalry Officer and had the privilege of leading a reconnaissance unit during the first Gulf War where he earned a Bronze Star Medal.

George earned his Bachelor of Science degree in Engineering (Major: Computer Science) from West Point in 1989 and his Master’s of Business Administration in Economics and Marketing from the University of Chicago in 1997. 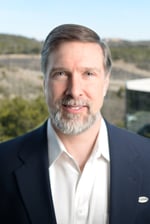 George will be working side by side with Ao Wireless' President / Visionary Joe Wargo. His role, as the COO and Integrator, will be to run the over all operations of AO Wireless and overseeing our three distinct business structure organizations (Sales, Operations, Facility/Admin). George will be responsible for ensuring our company culture and core values are lived by everyone in the company. He will also make sure that our services and product offerings exceed our customer expectations making AO Wireless the best Wireless Integrator in the industry.

President Joe Wargo says, "We are excited to have someone on Team AO with the caliber of George Bobbitt. We are in a huge growth mode now and for the foreseeable future. Our biggest need in our growth strategy is making sure we have a solid foundation that can scale. At the core of that growth, having George run the company as our Cheif Operations Officer and Integrator, we are structurally sound. We already can deliver the best wireless solution compared to any other Wireless Integrator. When most companies start to loose their culture and start lowering their quality, we have invested greatly over the last year and a half to build the best possible infrastructure, procedures, and hiring the best people. George is a proven leader with Extreme Ownership! We know he represents the core values of AO Wireless."